Breaking down barriers & advocating for people with disabilities since 1981.

Our vision is a barrier free world. We strive for a world free from abuse and bias, where people with disabilities live in a supportive environment. In this world, society values all its members and individuals with disabilities are free of any barriers preventing them from reaching their fullest potential.

Learn about our Mission, Vision, and Values

Our leadership team is committed to supporting individuals with disabilities so they can live dignified lives free of all forms of abuse and bias.

Meet our community of dedicated staff and volunteers and tour our facilities. Visit our Video Library 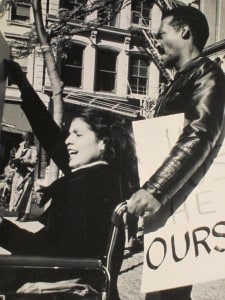 Barrier Free Living (BFL) began its ground-breaking work with people with disabilities in 1978 as a Federally-funded Research and Demonstration Project first known as “Project Outward Bound”.

Since then, BFL has gone on to work with thousands of people with disabilities, has launched several successful award winning programs and has become a leader in working with survivors of domestic violence with disabilities.

In 2021, BFL celebrates 40 years as agency. We are launching a new Free media campaign as well as hosting a number of workshops and events for supporters and the people we serve.

Children and adults with disabilities are four times more likely to be abused then those without disabilities.

The number of outreaches done by BFL’s Secret Garden team in 2018. The team also offered 2,339 face to face session to survivors of domestic violence.